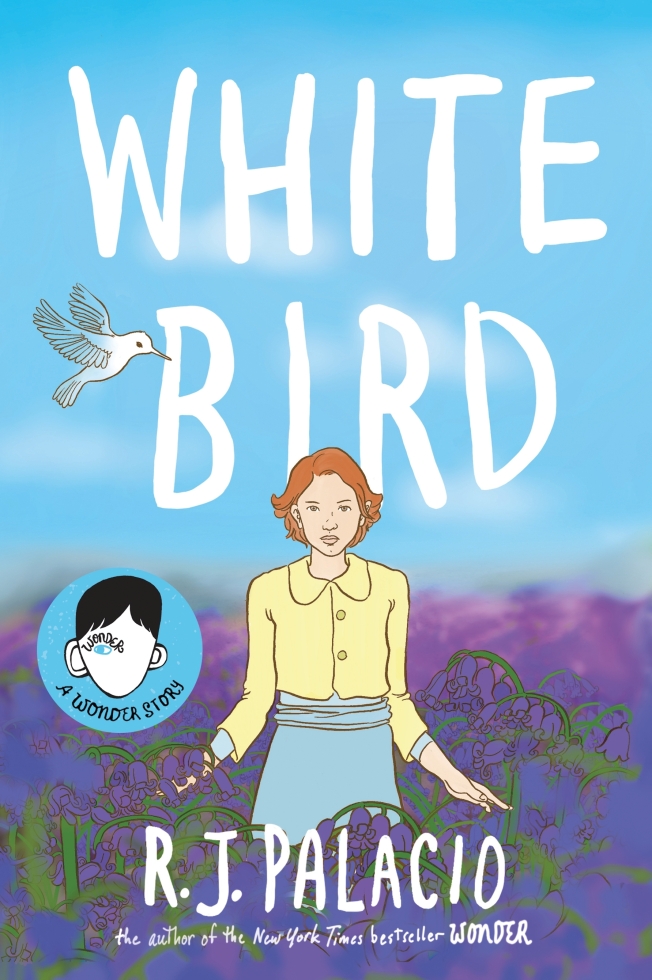 Millions of readers have fallen in love with Wonder and its subsequent books and will most likely think of Julian as Auggie’s tormentor but in this first foray into graphic novels Palacio presents a completely different side to the erstwhile bully. Those who have also read Auggie & Me will have had a brief introduction to Julian’s French grandmother but it is of no consequence if readers have not as this narrative is completely self-contained.

Julian has a humanities project to do and he decides that his much-loved grandmother will be the interviewee for his assignment. He knows a little of her story but now she tells it fully via their Facetime conversation.

Sara relates her own personal history as a young Jewish girl evading capture by the Nazis and her fugitive existence being cared for indomitable French friends and also reveals a great deal about life for others during this most terrible and frightening of times. It is powerful and moving and tragic but ultimately heart-warming and an affirmation of the goodness of many people – those who are willing to risk all in order to do the right thing especially.  The courage and kindness of those who helped young Sara to survive is echoed in the accounts of many Holocaust survivors and Palacio herself has personal connections to these through her husband’s family.

While entirely fictional it does of course draw on much factual information which is thoroughly explained at the end of the book along with other entries, links and references for readers to explore at leisure.

The survivors of the Holocaust are adamant, and rightly so, that the immensity of the wholesale slaughter of not only Jews but the other minorities targeted by the Nazi regime should never be forgotten – or repeated.

Sharing stories such as this along with non-fiction accounts with our young people is vital and in my experience the outrage of the injustice and inhumanity of these develops a solid and strong sense of empathy and understanding in students. It goes without saying that in our own parlous times this is something which we must strive to engender in all.

I cannot recommend this highly enough. I am not, as some know, a great aficionado of graphic novels but found this a compelling (one session) read and one that will help children to understand the enormity of this heinous episode in human history in a manner that is calm and honest.

Listen to a grab here.