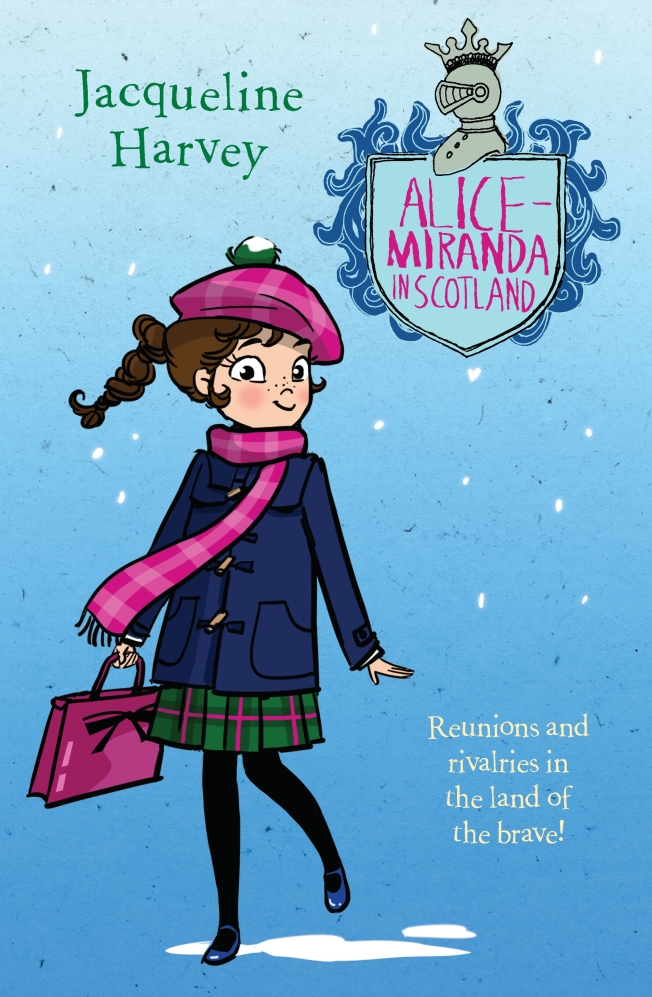 What could possibly be more delightful than our favourite BFF immersed in Scotland’s culture and icons?  The inaugural Queen’s Colours leadership program for children is kicking off in the land of Burns, Bruce and Braveheart and Alice-Miranda (after a tricky start) as well as friends from near and far are part of the cohort.

With some colorful and memorable new characters to entertain as well as some tricky puzzles to solve along the way, the kids are bound to have loads of fun and great experiences.  Whether its caber tossing or Highland dancing the leaders of the future are keen to have a go and earn some points for their team. Of course, as always there are a few less-than-positive participants although after one initial hiccup this is not the ubiquitous Caprice causing most of the upsets. A rather nasty cousin of Alice-Miranda’s bestie Millie, one Madagascar Slewt is quite the most obnoxious child and makes no bones about her indifference to rules, socially acceptable behavior or consideration of others. What a toad!  Even Alice-Miranda has difficulty overlooking her appalling behavior.

Despite that negativity the program is going pretty well until  the intrusion of a real ‘monster’ as well as the fabled one in Loch Ness which threatens in a very real way the safety of Alice-Miranda and her team. Fortunately some resourceful thinking and some daring courage will save the day and as always, Alice-Miranda’s innate compassion and empathy for others shines through.

I hardly need to recommend this as the series is perpetually ‘off the shelf’ in our library, one returned copy being snapped up by another borrower time and time again. However, the alacrity with which my review copy was pounced upon for two extremely keen sisters demonstrates admirably the popularity of this character and her stories.