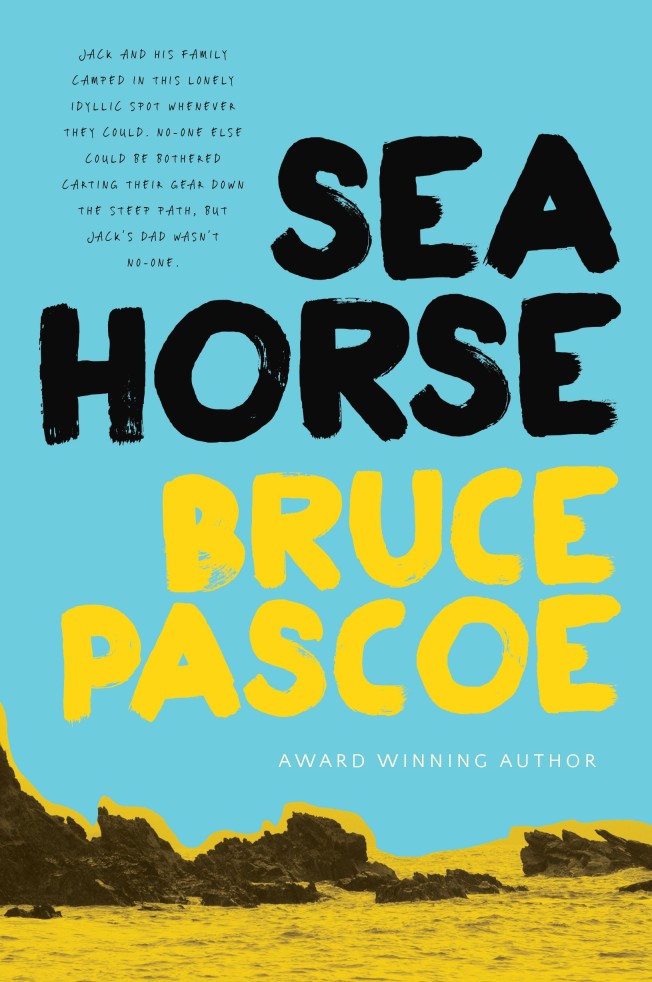 Both boys and girls in middle primary or thereabouts will enjoy this exciting story set on the beach of Seahorse Bay. Camping, fishing, snorkelling and a sunken boat are all the makings of a terrific family adventure.

Jack is making real progress with his snorkelling with his dad, Vince, as a good teacher. He in turn is helping little sister Tanya with her efforts.  Jack has seen stingrays and octopus, collected abalone and crayfish but his real moment of astonishment comes when he finds a cleat from a boat, closely followed by an anchor. After some investigation, Vince reckons the wreck can be salvaged and made good again. Imagine their curiosity when upon scuba diving to check out the likelihood of this, Vince and Jack come to the conclusion that the boat was deliberately scuttled.

And it seems the mysterious man dressed in black who has been watching them from on top of the cliffs could be the person responsible. What is the secret of the sunken boat? And why is Jack’s family being threatened for retrieving it?  Luckily the police are right on top of things and there is a satisfactory conclusion which might not have been the case given the drug running and murder that haunt the wreck.

Reluctant readers will surely be engaged in this book as the text is very accessible and full of action in less than one hundred pages. There are some wonderful descriptions of the underwater sea life and the wild beach.

Recommended for readers from around Year 3 and up.